The program is being organized by the non-profit four-day work week, Autonomy, a think tank, and the 4 Day Week UK Campaign in partnership with researchers from the University of Cambridge, the University of Oxford and Boston College.

During the trial, staff will receive 100% pay for 80% of the hours they would normally work, with the goal of being more productive.

The pilot plan, which will last six months, involves thousands of workers, ranging from a local fish and chip shop to large financial companies.

Calls to shorten the workweek have gathered steam in recent years in many countries amid the pandemic. As thousands of employees switched to remote work during Covid-19, reducing the time and costs of commuting to work, the calls for greater flexibility have only grown louder.

A similar trial of a four-day week in Iceland became an “overwhelming success” and led many workers to work shorter hours, the researchers said.

The lawsuits, in which workers were paid the same amount for fewer hours, took place between 2015 and 2019.

Productivity stayed the same or improved in most workplaces, the researchers said.

India too has some similar plans in this front. As the Centre finalises the rules for the new labour codes, the Labour Ministry is now considering giving flexibility to firms to have four working days instead of five or six.

The government is expected to implement the four new labor codes on wages, social security, industrial relations and occupational safety, health and working conditions, in the next fiscal year, paving the way for a four-day work week.

Under these new codes, a number of aspects related to the work culture will be changed, including the net salary of employees, working hours and the number of days of the week, the PTI news agency reported.

The report states that the government has already finalized the rules under these codes and now the states must frame regulations on their part, as the work is a concurrent issue.

In addition to this, the ministry has made it clear that even if the proposal goes through, employees must work 12 hours in these four days, which is a 48-hour weekly work requirement that must be met. 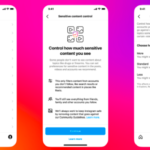 Instagram update could affect the reach of some accounts