A new Status feature has started appearing for some Twitter users that lets them assign one of several pre-written labels to their tweets. A spokesperson for the company confirmed the limited test in a statement given to TechCrunch, while Twitter users have been sharing screenshots of the feature in action.

“For a limited time, we are testing a feature that allows you to add a status topic from a predetermined list to your Tweets to provide more context for your followers,” the Twitter spokesperson said. “So whether you are about to drop a hot Tweet thread, share your shower thoughts, or have a bad case of the Mondays, your Tweets can better convey what you are up to.”

From the screenshots of the feature, it looks as though many of the statuses are designed to replace the titles and emoji that Twitter users often put at the beginning of their tweets and Twitter threads. There’s an “A thread” status that includes the Spool of Thread emoji, “Spoiler alert” with a Warning Sign emoji, or “AMA” with a microphone. In theory, being able to put this information in a Status should save users valuable characters in their tweets.

The in-development feature was previously discovered in Twitter’s code by app researcher Jane Manchun Wong. At the time Statuses could be posted to either a tweet, or an overall profile, but this latest test only appears to let users attach them to specific tweets. You can click a status to discover other tweets containing those same words. If the feature reminds you of the old LiveJournal or AIM statuses of old then we wouldn’t blame you. But more interesting is the roots the feature has in Twitter’s own history.

In a blog post from over a decade ago, Twitter co-founder Biz Stone highlighted how the platform was originally conceived as a “mobile status update service” designed to let people share what they were up to at any point in time. But, as of 2009, Stone said Twitter had outgrown this original purpose, and was serving as more of a general purpose information network. The new Status feature doesn’t look like it’s going to reverse that trend, but it revives a little of Twitter’s old purpose. There’s no word on if, or even when, the Status feature might get a wider rollout. It’s part of a growing list of in-development features at the social media network, which also includes mixed-media tweets that could let you add both images and video to a single post, a downvote button, and the option to give awards to tweets. 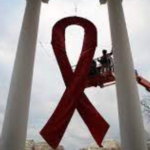