Proxies vs VPN: What is the difference? 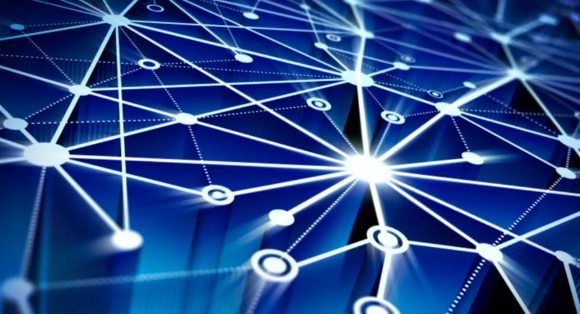 The proxy vs. VPN debate addresses two different methods of accessing the Internet anonymously. Both of these make it appear that you have established a connection from a different IP address by routing traffic through a remote server. This can be especially important if you are concerned about the privacy of your personal data and your browsing habits.

However, while these technologies do similar things, they don’t work in the same way, and knowing the difference can have significant implications for your online security. In this article, we take a closer look at the differences between proxies and VPNs, how they can be best used, and who will find them most useful. Let’s see how they compare to each other.

What do the proxies do?
Early Amazon Prime Day Deals: Check out all the latest deals here.
A proxy is a type of server that acts as an intermediary for Internet traffic and data. It redirects Internet traffic from a particular application to a different location before routing it to its final destination. By masking your IP address, you give the impression that the traffic originated from somewhere else.

There are several types of proxies, each with different features. For example, a proxy can be what is known as “transparent”. With a transparent proxy, the connection between your computer and the Internet is intercepted. You can request to view the page of a certain website, but this is not delivered to you directly from that website’s server, but through a transparent proxy running on your network. However, because your experience using that website is exactly the same, the proxy is “transparent”; you may not even know it’s there. However, the owner of the network on which the transparent proxy is running will be able to monitor its activity.

With a non-transparent proxy, on the other hand, you’ll first be prompted to configure your browser to explicitly send your requests to the proxy’s IP address, and sometimes to enter authentication details in its settings.

What do VPNs do?
VPN stands for “virtual private network”. Just like a proxy, a VPN also acts as an intermediary between internet traffic and data. The main distinction is how they use encryption. VPNs tend to be significantly more secure than proxy servers because, while hiding your IP address, they also build an encrypted tunnel between your computer and the server, making data interception almost impossible. NordVPN (opens in a new tab) and ExpressVPN (opens in a new tab) are powerful examples of platforms that do this.

It’s also important to note that a VPN protects your entire computer, redirecting and encrypting all of your Internet traffic instead of just that of a single application, as in the case of a proxy.

Therefore, a VPN serves as a secure gateway to the Internet. Most popular devices like your phone, laptop, and desktop can run VPN software. One thing to keep in mind is that a VPN service provider is not an Internet Service Provider (ISP). To access the internet, you’ll still need an ISP – your VPN will run over that connection.

Choose a proxy or VPN
Deciding whether to use a proxy or a VPN will depend on your individual needs. Let’s use streaming video as an example. If you are out of the country but want to stream video content that is available exclusively to users in the United States, you can use a US-based proxy server to access the streaming site. Certain platforms like SmartProxy (opens in a new tab) excel at this, but some providers, like Netflix, are beginning to block proxies.

The proxies can also help prevent users from being bombarded with unwanted advertisements or to prevent the capture of IP-specific data. Large organizations often find transparent proxies to be especially beneficial. For example, they can be used in schools to restrict access to age-inappropriate websites, or companies can use them to block the use of distracting social media platforms.

However, proxies are not suitable for activities such as online banking and shopping. Here, your security can be compromised if your personal data is not protected, and you will need encryption for this. Therefore, a VPN is a superior choice for users who want to share sensitive information or engage in other activities where keeping data secure is important, such as torrenting. They are particularly useful when using public WiFi.

VPN companies also tend to be more proficient when it comes to accessing geo-blocked content, as they provide a higher level of anonymity and security online. For this reason, a VPN may be better overall if you want to watch Netflix or Hulu from a different region.

One downside is that due to the encryption process, using a VPN can sometimes cause a noticeable drop in internet speed. However, there are plenty of fast VPN apps available, with speeds getting better all the time. Because data encryption places a higher demand on your device’s resources, VPNs can also be a slightly more expensive option than proxy servers. However, there are plenty of great, cheap VPNs to choose from, as well as some good free ones.

Conclusion
Proxies and VPNs share similarities in that they both employ the use of a remote server to mask your IP address and redirect internet traffic through it. The main difference between the two is encryption, and it is for this reason that VPNs far outperform proxy servers (opens in new tab) when it comes to secure browsing, especially on public WiFi networks.

With a wide range of options available, it’s not always easy to choose the perfect software for you. To help you in the decision-making process, we recommend some of our favorites. Take a look at our guides to the best VPN services and the best proxy services (opens in a new tab) of 2022. 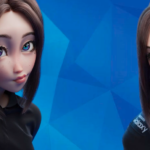 Who is Samsung Girl, the new virtual assistant trending on the internet