Who is Samsung Girl, the new virtual assistant trending on the internet

The new Samsung girl, Sam, is the latest hot topic among netizens. Virtual AI assistants are becoming more and more relevant with each passing day.

In 2011, Apple set the bar with their virtual assistant Siri. In 2014, Amazon released Alexa, which became one of the most popular smart home assistants. In 2016, Google launched Google Assistant, one of the smartest, most useful, and most accurate to this day.

One of the main limitations of AI assistants is that none of them are visually interactive. Moreover, visual AI assistants that can be separately installed are not smart enough.

So, the leaks about the new Samsung Girl replacing good ol’ Bixby gave fans hope. But will she really replace Bixby? If not, what will be her purpose? How did she suddenly get all the fame?

What once comes on the internet, stays on the internet, and the Samsung Girl is a perfect example of this. Sam, whose current name is Samantha, was first developed and introduced to the internet in 2021 by the Brazilian design firm Lightfarm in collaboration with Cheil, a marketing company owned by Samsung.

Lightfarm created a 2D version of Sam a long time ago. Subsequently, they completely redesigned her into a new 3D avatar and posted it on social media.

“Throughout the process, the team devoted itself to developing realistic materials, mainly for the character’s hair and clothing, so that Sam appeared aesthetically pleasing.”

Sam is a 21-year-old Korean girl with bob-cut hair, big blue eyes, and a quirky, cheerful attitude. Consequently, her attractive physical and personality features made her a fan favourite. She was trending on Twitter for hours, and fans even made a dedicated subreddit with over 60K members.

Many went as far as declaring her as their “waifu,” a Japanese term for endorsing any virtual character as someone’s wife. She made her first official appearance on November 26, 2021, in a video titled “Smart Friday: It’s Time to Renew;” this made fans believe that she is going to be Samsung’s new AI assistant.

Vastly due to the memes, NSFW posts, and misinformation that circulated around her, Lightfarm aborted the project and even deleted their webpage that featured the Samsung Girl. However, to this day, Samsung Girl Samantha is very much alive on the internet and in the hearts of millions of her fans.

As soon as the rumors that the new Samsung Girl will soon replace Bixby on their Samsung smartphones spread like wildfire, both Samsung and Lightfarm confirmed otherwise. They officially announced that Bixby was not going anywhere, and Samantha was neither a visual successor of Bixby nor the face of Samsung’s NEON virtual human assistant project.

With each passing day, the demand for animated 3D virtual assistants is getting higher among tech users. It is only a matter of time before any of the tech giants release or redesign their existing AI assistants with 3D virtual characters. 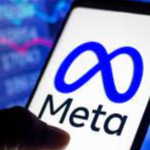