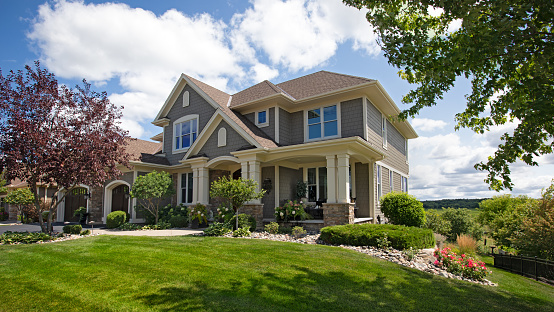 Eighteen is a world-class lifestyle destination that provides a one-of-a-kind living experience complete with high-end facilities and indulgences. Eighteen Islamabad is currently developing a luxurious villa and apartment complex with high-end amenities. The project offers residents the option to live in the city in a safe, pleasant, and comfortable environment.

Eighteen is dedicated to establishing a family-friendly and safe environment, and it provides beautiful living alternatives for families of various sizes. Families may select between studio, one-bed, two-bed, three-bed, and four-bed magnificent apartments, as well as Half Kanal, 1 Kanal, 2 Kanals, 4 Kanals, and 8 Kanals sumptuous private villas, all of which are outfitted with world-class amenities.

Eighteen is being developed by Ora Developers in collaboration with Saif Group and Kohistan Builders & Developers. The project is significant in the city’s history since its Pakistani and Egyptian developers are well-known in the business for their high-quality work and inventive culture.

It is envisioned as a sustainable living community that would provide people with the greatest lifestyle. The society has been designed by the community developers to be a safe and pleasant place with world-class amenities.

The Capital Development Authority will shortly accept Eighteen Islamabad’s No Objection Certificate (NOC) (CDA). We may anticipate the CDA to approve the society’s NOC and layout plan shortly because there have been no allegations of illegal growth or land infringement.

Approval for Access from the Sirinagar Highway via the Eighteenth Interchange:

The project has received interchange permission on the major Srinagar Highway, according to Eighteen’s team. A letter from FWO (MORE) to Eighteen has been circulating, suggesting that the two organisations have signed an MOU for the building, operation, management, and maintenance of an interchange to be created to provide access to the society from the major Sirinagar Highway.

You may also like to learn about the Park View City.

Nearby Landmarks and Places:

What Is Prorated Rent and How To Calculate It For Your Rental Property?

Sell Your House Even If It’s In Poor Condition

The Benefits of Living in a Single-Story Home