At this point, we’ve all probably experienced the crazy price swings of cryptocurrencies like Bitcoin. To some, it was extremely beneficial. For others, things didn’t fare so well. The main reason that cryptocurrencies in general experience these crazy price swings is because of their high volatility. Don’t get us wrong: traditional assets—like gold or silver—also have their fair share of fluctuating prices. However, newer assets like Bitcoin made names for themselves because of their crazy volatile nature.

What is volatility exactly and why are cryptocurrencies like Bitcoin so volatile in nature? Now that people can buy Bitcoin with credit cards and have easy access to it, should you be worried about how volatile it can be?

The pros and cons of volatility:

Newer assets like Bitcoin are considered to be risker assets because they’re more volatile. At this point, you’re probably wondering: is that a bad thing? From the outside looking in, it definitely seems like something that could intimidate aspiring investors. However, many people see it as a good thing—especially when we see its price spike enormously.

Before you think about getting started with trading or investing in cryptocurrencies like Bitcoin, it’s important to understand both sides of volatility. First, let’s start off with its benefits:

This is true even for those who HODL (hold on for dear life)—a trading strategy that many people use wherein they hold onto their Bitcoin even if the price is experiencing a dip.

All of that looks good and all, but remember when we said that it’s important to look at both sides? Now, let’s take a look at some of the drawbacks:

Is it a good or bad thing?

At this point, you probably understand that Bitcoin’s volatility is a double-edged sword—it can do both good and bad things. However, the important thing to understand is that it all depends on how you use it.

If you’re the type of person who’s solely getting into this space to make a little bit of money on the side, volatility might hurt you at times. However, if you’re using your trusted Bitcoin wallet to hold funds you’re going to use out in the real world, then it really isn’t going to matter as much.

Ultimately, it’s up to you to decide if volatility is a good or bad thing. As long as you understand both sides of the coin and do your research, you’ll be able to minimize the risks—which is the name of the game when it comes to any kind of investment.

4 Reasons Why You Should Definitely Invest In Cryptocurrency

How to Protect Yourself From Crypto Scams? 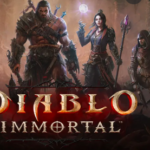 How to transfer and swap servers in Diablo Immortal combat?