According to the summary provided by the Australian Classification Board, players will not only have to face the Homunculi monsters but also an evil being called Singularity.

To prevent this being from having it his way and destroying the known worlds, players will travel to Thule island.

Bayonetta 3 is an action adventure game in which human characters travel through a series of fantasy environments, battling monsters called Homunculi and an evil being known as Singularity.

Players must make their way to an island, Thule, in order to prevent Singularity from destroying the known worlds.

The Bayonetta 3 Australian rating also provides new information on the game’s online features, which will include leaderboards and score uploading for certain chapters.

The game features online interactivity in the form of shared leader-boards, including the ability to upload scores for specific chapters within the game.

Get ready for a devilishly good time

Tap into Bayonetta’s naughtier side with Demon Masquerade, a new ability that channels the demon linked to her weapon allowing for some exciting action options, not to mention some hair-raising combos.

She can also summon her demonic darlings like Gomorrah, Malphas, and Phantasmaraneae during battle, unleashing their demonic powers in the heat of combat and in new, larger-than-life battles where you directly control the action. 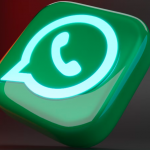