What is Paul Cezanne Famous For? French artist Paul Cezanne is a highly regarded figure in art. The famous Post-Impressionist painter is credited as one of the founding members of the art style alongside fellow French painter George Seurat.

Cezanne is also famous for laying out the artistic principles and methods that would become the first modern art movement of the early 20th century. These concepts would influence many great artists, such as Pablo Picasso and Henri Matisse, to name just a few.

The Card Players is an exciting painting for several reasons. Firstly, it is a series of five paintings, each varying in size, setting, and the number of participants involved in the game; however, the premise remains the same.

Much of the Impressionist and Post-Impressionist movements focused on daily affairs as the topic of inspiration for their paintings. At this time, artists had moved away from the religious and philosophical motifs that dominated earlier art periods to capture the magic held with ordinary events such as a game of cards.

Famous painter Cezanne was known for his use of special awareness, and this is evident in these paintings. It is also interesting to note that these drawings and paintings would influence American artist Cassius Coolidge later when coming up with his iconic paintings of dogs playing poker.

The Large Bathers is one of, if not the most famous painting of Paul Cezanne. It holds all the ideas about composition and perspective associated with the Post-Impressionist painter and his distinct heavy brushstroke style.

It is the largest painting the artist ever created and, like many artistic inspirations, stems from a memory of Cezanne bathing with his friends as a youth. It is similar to other paintings of the Post-Impressionist era, such as George Seurat’s and Renoir’s ‘Bathers’ paintings. Each can be seen as an underlying representation of the liberalism movement in Western Culture at the time.

The Large Bathers can also be seen as a representation of a timeless theme within art. Painter Cezanne’s drawing follows a trend within the narrative that goes as far back as the Garden of Eden in the Bible. However, the naked figures represent a more specific, accessible time in human history when people lived in total equilibrium with nature. 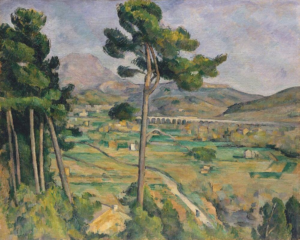 One of the things that both Cezanne and the entire Impressionism/Post-Impressionism movement are known for is landscape paintings. This was a time in art when artists abandoned their dusty studios in favor of the great outdoors.

The result was paintings with more incredible emotion and an impression of what actual life feels like, hence Impressionism. In addition, many artists during this time focused on urban settings such as cities and harbors. Cezanne, however, remained somewhat more classical in this regard and most of his landscape paintings are of idyllic countryside.

In Mount Saint-Victoire, seen from Bellevue, the landscape and mountains get the complete Cezanne treatment. Cezanne’s Post-Impressionist style gives the piece an air of dreamlike surrealism while at the same time remaining true to its original form. It is undoubtedly one of Cezanne’s most famous paintings and is said to have taken many years to paint.

Another aspect painter Paul Cezanne was famous for was his exquisitely captivating portrait paintings. Like the Card Players, it is a series of paintings and is one of the only times Cezanne hired a professional to be his model.

Also referred to as the Boy in the Red Waistcoat, these paintings are perhaps Paul Cezanne’s best portrait drawings as they show a level of maturity and a fully formed distinctive style that some of Cezanne’s earlier portraits lack.

The paintings are praised for their compositional balance and their vividness. Cezanne’s peers so highly regarded them that one of the paintings was bought by fellow Impressionist artist Claude Monet. Monet even went as far as to state that Cezanne’s Boy in a Red Vest was the most excellent painting he owned.

Many art critics believe that Cezanne’s final period was also his best. However, during this time, Paul Cezanne’s life began to move closer to his eventual death. As a result, the paintings in this period have darkness that is mostly missing from his other work.

The Pyramid of Skulls is perhaps the most recognizable and famous painting from this period. It is a combination of both a still-life painting and a portrait painting. As Impressionism is said to invoke emotions from viewers, this macabre painting gives us the impression of a man facing his mortality.

This obsession with fatality would become a recurring motif within Cezanne’s later period, and he would paint several paintings depicting skulls alone. Death and darkness will always be a theme within art, for, at its core, it is one of humankind’s most fundamentally unanswered questions.

For Post-Impressionist artist Paul Cezanne, life was art, and art was life. His famous paintings and drawings are a reminder of the vivid color of life and act as an example to follow your intuition. Cezanne did, and as a result, the art world would never be the same.

How do Art and Design Affect Us?

5 Tips To Select The Best Shroom Chocolates This 2022 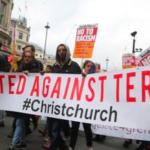