Twitter has no plans on holding on to the past and that’s why we’re seeing the app move ahead with some new updates for users of the app.

For starters, Twitter is modifying its content options for Notes and its associated long-form content. This feature has been rolled out for only a few selected users for now, but a possible expansion is on the cards soon.

The feature was first unleashed last month for a selected few as a part of a test where writers were the definite target audience. In case you’re not quite familiar with the feature, Notes is more or less another name given to a tool used for blogging.

It can be found widely on the web, having the great ability to produce nearly 2,500 words. This would be easily embedded across the app for obvious purposes like sharing with others.

ence, the biggest benefit involved means ridding the tiresome process linked to screenshotting huge text chunks and then clipping them onto a particular tweet so others can see it. Also, those who used to spend so much time sharing long threads on the app would now be able to do so with ease using Notes.

Twitter says the whole idea is to assist creators on the platform with an easy way out, instead of forcing them to resort to links. Previously, audiences used to go to various platforms to grab a hold of long-form content.

After users were seen making use of the new Notes update, we can well say that the app is definitely a valuable change for those who adore posting long threads.

Every note will have the app focusing on each author and we think that’s a great step towards both personal brand as well as engagement with different audiences. But there are also some reports about the app adding a separate section for quotes too.

While we do feel this tweak might be small, it definitely shows how much effort Twitter is putting into helping its writer community get better exposure.

Next up, the app has introduced a series of updates for iOS users, which is being looked upon as a strong push to get more users on board.

Twitter says users will soon be seeing a revamped bar that displays all of its chat rooms across the iOS app. This way, users would have more clarity in terms of deciphering who is actually hosting, not to mention a glance at Discussions, and also a strong emphasis on Spaces too.

While the update was launched last month for users with Android devices, we’re finally seeing it make its way to iOS users now. These individuals would be allowed to access Twitter Spaces too, where they can witness various changes on every timeline’s top part.

Twitter is definitely on a roll because it has proven over time that it’s here to gather more in-app user engagement and for that, they’ll need to be making some changes.

The most noticeable one has to do with its audio chatrooms that once appeared very in line with Clubhouse but now, it’s proving to be tough competition.

So, what new features have Twitter Spaces introduced for fans? Well, firstly, hosts can now record and even playback recordings, moments after the Space comes to an end.

Next, users will be allowed to clip their favorite part of Spaces and share it with those who mean the most. And finally, we can expect to see more people using Spaces as the startup process has been simplified further.

All in all, these are some pretty cool changes and some that we feel Twitter needed. 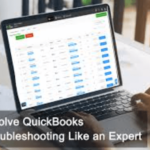 How To Troubleshoot QuickBooks Installation Errors