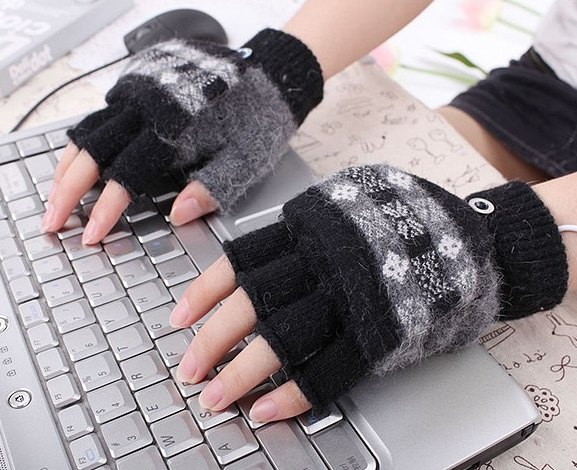 I’m not quite sure whether Martin Gore of Depeche Mode was thinking about the smartphone generation when he penned the lyrics of “Personal Jesus,” but “reach out and touch me” could very well be the slogan of the current tech scene, and it doesn’t help that software developers and their marketing departments appear to be obsessed with putting touch screens on pretty much anything that can be described as “visually pleasing” and “portable.”

(For those of you who’ve already jumped to the conclusion that this article is nothing more than a thinly veiled attack on some of the “touchier” parts of Windows 8’s operating system, let me assure you that it is not. Nor is it, as some may also have concluded, a discussion about how to avoid the outrageous prices some companies are charging for gloves with a bit of metal filament stitched into their fingertips. Although I’d be lying if I said there wasn’t going to be some discussion of that as well…)

No, what this article is going to be about is twofold: A) that there are applications for this bonding of knitwear and silver-plated metal beyond being able to use your smartphone whilst keeping your fingers warm; and B) that the companies who produce said gloves should be sending me great heaping piles of untraceable, anonymous, non-taxable money, for pointing this out. With that being said, let me preface this discussion by saying that I (being the habitual complainer and closet germaphobe I am) absolutely detest any piece of technology that actively encourages you to put your finger onto the screen. Read more about YouTube Shorts has more than 1.5 billion users.

For me, the screen is very much sacrosanct and unassailable in the same way that Michelangelo’s Adam falls short of touching God. Although I, unlike what some other viewers of the painting might infer, don’t believe that it was Michelangelo’s intent to depict the space between Adam and God’s fingers to represent the eternal separation between us and the Creator.

Rather I assume, that He (being Mike’s mental image of God) remembered the feel of the oily gunk that stuck to his finger after he reached into the primordial ooze and gave it a good stir (much like a painter remembers the annoyingly clingy tenacity of a particularly vicious paint) and thus, didn’t want to touch Adam’s greasy finger because he knew it would be several thousand years till the invention of Sani-wipes and that he, like any fastidious deity, didn’t want his hand to feel all icky in the interim.

Getting down to the nitty-gritty

Philosophical musings aside, our first consideration when looking at any form of tech peripheral should always be: “Do they work?” and second: “Do they work just as well when the friendly member of the sales department disappears around the corner?”

Not surprisingly, the relative thickness of the glove’s material was directly correlated with my chances of “fat-fingering.” But alas, Mr. Fat-Fingers and I are old friends; I have made his acquaintance back in the days of the PS2, when that nascent system taught me that the only way to interface with any sort of handheld device was by means of a thumbstick, don’t feel comfortable using a handheld device unless it can be turned on its side and poked at with my thumbs.

I suppose the other question which really needs to be asked (considering that I am auspiciously writing about gloves) is: “Do they keep your hands warm?” To which I’d have to say, “Yes…” bearing in mind that my trial of “Touchscreen Gloves“ took place within the well-heated confines of my local Futureshop. So yes, they did make my hands start to feel sweaty after prolonged use. Though I can’t say anything as to their overall usefulness in actual subzero conditions, other than to say that if you are going someplace cold, it would be better to buy gloves of the triple thick variety.

Really besides the point:

Touchscreen technology represents one-half of a highly complex electrical circuit that exploits the fact that the human body generates its own electrical field. And although the electric field that our body produces is weaker than those given off by an electromagnet, or the transformer that is responsible for regulating the amount of current being wired into your house, we produce enough electricity for a simple digital sensor to detect whether we are touching it or not.

By touching your smartphone or tablet’s screen you are essentially completing an electrical circuit, which the interface then interprets as a command prompt. A simple press of the screen is enough to set off countless “if/then” computations that try to make sense of what you are doing so that the user’s end goal is readily and easily accomplished.

The problem with regular gloves, or any clothing that hasn’t had a conductive metal or polymer stitched, fused, or chemically bonded to its fibers, is that they insulate against, and ground out, the transference of our body’s electromagnetic field, and this prevents us from being able to issue touch-based commands to our mobile device. By sewing, or chemically bonding, a metal conductor (usually in the form of silver) into the fingertips of their gloves, Touchscreen Glove makers look to overcome this obstacle by providing a conducive medium through which our electrical field can once again interface with the electromagnetic sensors embedded within the screen.

This is all well and good, but to my way of thinking, the electromagnetic principles at play at the tips of the glove’s fingers are more important than the other 6/7ths of the material which has been tacked on below the first distal phalanx.

My reasoning is this: Living in a temperate rainforest—as I do—where the weather only gives me a reason to be wear gloves for 2 and 1/2 months each year (and as someone who is for all intents and purposes functionally poor) I can’t really justify spending $60 to get a half-decent pair of these (and try as I might, I’ve yet to find a store clerk who hasn’t laughed in my face when I asked if they’d be willing to give me a four-finger discount). The truth is, at least to my fingerprint-loathing way of thinking, that I only need enough material to cover the first increment of my right and left thumbs, plus an index finger to be happy and healthy whilst tableting for the other 9 and 1/2 months of the year.

Not to be dissuaded, I returned to the wide waters of the river Google and soon discovered that metal-impregnated thread was not the only means by which a pair of gloves could be turned into a fully functional screen-touching device. For those in the chemistry crowd, there is a liquid polymer as well. Nanotips, a company based out of Vancouver B.C., which was successfully kickstarted earlier this year, has created a liquid solution that can be applied to the tips of your gloves without having to go the bother of tracking down a spool of silver coated thread. In his article “This liquid can make any glove touchscreen-friendly,” Jon Fingas claims that Nanotips can be applied to a wide range of materials, meaning that you could turn such things as biking gloves into touchscreen-friendly accessories for your smartphone or tablet.

So for those of you who find yourself without a sewing machine and in the same financial situation as me, while nursing the same lingering tech addiction and fingerprint phobia, Nanotips might be the solution for you.

In any case, whether you decided to buy, sew, or paint yourself a pair of Touchscreen Gloves, always remember who it was who first envisioned the year-round variant of the peripheral. And remember that if he hadn’t chosen to share the idea with you all on a public forum, he would no doubt be rolling in piles upon piles of anonymously donated, totally untraceable cash! 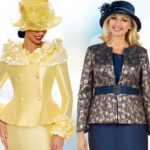 Wholesale church Suits – Do not buy before reading Honest review