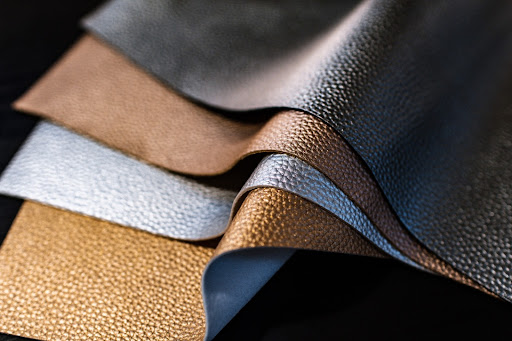 Early in 2021, fashion brand Stella McCartney had showcased some concept wearable fashion pieces that created buzz industry-wide–leather leggings partnered with a sports bra. These look stylish and classy, of course, but the highlight was not the garment itself but what it is made of – mushroom leather, the new innovation in material science we should definitely look out for.

The house of the English designer is already known for its ethical stand against the use of animal parts in her collection, particularly, no leather. Their latest piece only adds to the long line of sustainable fashion items that McCartney has introduced and sold for years now.

Leather, a staple material among fashion enthusiasts and the masses, has long been the subject of controversy and protests, from activists and rights groups because of how it is created: from animal cruelty. However, when you develop leather from other means, say mushrooms, it eliminates the need to source from livestock. But could this vision of vegan leather come to reality?

Stella McCartney is not alone in this effort, but sustainability has always been in their values. Their latest slick all-black leather pair is not only impressive and gorgeous design-wise, but the intention behind the outfit is extremely noteworthy. For this to be possible, the brand teamed up with Bolt Threads, a materials solutions firm that engineers biomatter.

Bolt Threads, which takes inspiration from nature to make cutting-edge stuff, has developed and patented their own mushroom leather material called Mylo. The biotech company managed to create Mylo that resembles the properties of true leather based on mycelium, a type of organism that results in mushrooms. It’s technically not leather, but the similarities are uncanny–except for the animal part!

Not only had Bolt Threads worked with Stella McCartney, but other fashion brands have also made their first step towards this new leather movement. Adidas has also released a concept shoe that utilized Mylo. The Stan Smith Mylo combines Adidas’ iconic style and the sustainable material that is sourced from mushroom roots. It’s one of the shoe company’s efforts to reduce plastic waste.

Another biotechnology firm, MycoWorks, has also patented their own mushroom leather, Fine Mycelium. The company collaborated with luxury fashion giant Hermès to bring us Sylvana, a glamorous handbag made of MycoWorks’ own developed mycelium. Hermès worked on the bag in their facility in France using Fine Mycelium that the biotech company had provided.

OK, if you’re wondering how mushrooms turn into leather, it’s more nuanced than that. It’s actually the mushroom’s underground root system called Mycelium or Mycelia that scientists and fashion brands are after. Rather than harvesting them on their own in forests or wooded areas where they are abundant, the material used for the so-called mushroom leathers is grown in laboratories.

Mycelium is a one-of-a-kind member of the fungi kingdom that can form into complex structures. While not all mycelia bear mushrooms, all mushrooms grow from mycelia. Under different sets of conditions, mycelia can produce different structures. The mycelia needed for the mushroom leather is grown in laboratories, where various parameters (such as temperature and humidity) can be tweaked to create particular fibers. Biotech firms then convert these into useful materials by employing various means. They could trademark their own formula or patent the process as they may be different from one another.

Other companies can then utilize the refined mycelia to make their own products such as for packaging, and now, wearable fashion. Sourcing from mushroom roots would also be very ideal and practical because growing mycelia only takes several weeks or even days.

Notably, there are also thousands of mycelium species discovered to date, and more are yet to be classified. Who can tell, maybe one of these could one day be converted into fashion’s next big thing and may even end up in your wardrobe!

Un-leathering: A green future for fashion?

Bolt Threads, the company behind the trademarked mushroom leather Mylo, refers to the introduction of their material as a way to “un-leather.” And moving away from making leather from animals does not only get the thumbs-up of many rights groups, but it is also very beneficial to the environment as it is remarkably energy-efficient.

For instance, Bolt Threads claim that creating Mylo generates fewer greenhouse gases compared to growing animals because less energy is used. This could significantly reduce the carbon footprint in producing leather-like materials to make fashionable items and accessories. Creating leather from livestock is already an environmental nightmare, worsened by the chemical processes that go into the treatment. That’s on top of the already criticized meat industry, called out for their significant contribution to global emissions.

Besides, it’s easier and it takes a shorter time to grow mycelium, only several weeks as the biotech firms have revealed. Compare that to raising livestock, which is significantly longer by counting years. Therefore, it is potentially viable in terms of economics. Plus, they are totally renewable so scarcity and depletion are the least of concerns.

And best of all, mycelium-based products are biodegradable. This means that when your mushroom leather outfit wears out, it can easily decompose when thrown away. While other leathers use some fossil fuel-based chemicals in the process, mushroom leather shies away from that. Therefore, it lessens its impact on the environment.

When is the green future?

With the promising benefits mentioned, fashion houses can make and design products that are of the same quality and mimic leather without all the frowned-upon tradeoffs. However, right now, these pieces boasted for being based on mushroom leather are still not available for public use. The uncertainty may lie in the varying properties that result from developing mycelia.

But with some bioengineering magic (it’s science, but we consider it magic), companies like MycoWorks and Bolt Threads promise to deliver the same high quality that is expected of a typical leather. Currently, more research is still underway into fully harnessing the full capabilities of mycelium beyond materials science.

We could only hope and wish that more fashion brands, local fashion shops, or otherwise, jump on this bandwagon for an important cause. Bolt Threads mentioned on their website that their sustainable leather could roll out to the public by 2022, and they’ve already partnered with other companies like Adidas and Stella McCartney to bring the vegan leather vision into reality.

While fashion continues to evolve, we should not only marvel at the changes in style and trends that come and go. We should also take notice of how the industry moves forward with its consciousness of its environmental impacts. Definitely, one of the trends we should watch out for is being green – putting in the effort to be sustainable while also being fashionable. And mushroom leather brings this dream forward.

According to book author and biologist Merlin Sheldrake, telling the Guardian, “I am excited to support the fashion world in its efforts to become more sustainable.” He added that fungi can solve many of the issues that we face. Perhaps, mushroom leather is just the beginning of the concept of sustainability being synonymous with chic and fashionable.

We think that these vegan fashion items could launch as luxury products first, but our fingers are crossed that it reaches fast fashion ASAP. Truly, this nature-given gift, combined with some engineering prowess, can help us make a future where what we wear is 100% making our Mommy Earth proud.

The Definitive Guide to Wearing Dresses for Every Occasion

Wholesale Socks Suppliers Near me 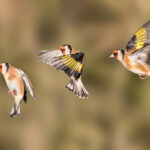 How To Photograph Flying Birds?