“Japan: Protests in front of Chinese embassy on the anniversary of the Tiananmen Square massacre” 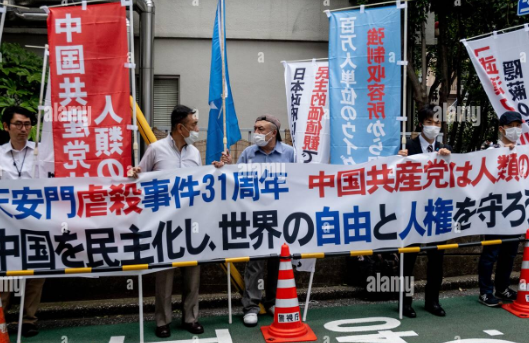 Social activists gathered in large numbers and Protests in front of Chinese Embassy in Tokyo, Japan, on the anniversary of the Tiananmen Square massacre.

The rally was joined by Japanese citizens, Tibetans, Uyghurs, Mongolians and other groups who raised slogans against China’s communist regime and held banners reading, “Never forget the Tiananmen Square Massacre.”

The protesters not only recalled the horrific Tiananmen Square incident, but also highlighted some of China’s major problems, such as the alleged genocide in Xinjiang, the suppression of the mother tongue in Inner Mongolia, the cultural genocide in Tibet and the violation of the basic rights of speech and expression in Hong Kong, among others.

Protesters to hold candlelight vigil for Tiananmen victims:
The protest will reportedly conclude later with a candlelight march to remember those who were murdered in Beijing during the first days of June 1989 and the thousands who are still being mistreated or held hostage by the Chinese government.

According to Human Rights Watch (HRW), Chinese government agents have also tried to intimidate Tiananmen student leaders outside of China. Japan: Protests in front of Chinese embassy on the occasion of Tiananmen Square massacre.

In particular, the Chinese authorities have been ignoring domestic and international calls for justice for the Tiananmen Massacre and have been accused of continuing atrocities against Muslim Uyghurs in Xinjian.

Tiananmen Square massacre:
The Tiananmen Square Massacre is one of the darkest incidents in the history of human rights abuses. Also called the June 4 incident, it is a series of demonstrations that broke out in 1989 against systematic repression by Beijing.

The mass protests were the result of growing resentment between the youth and anti-government protesters seeking political and economic reforms in China. The student-led movement called for more individual rights and freedoms, prompting hardliners from the Chinese Communist Party (CCP)

The protests were catalyzed by the death of Hu Yaobang, then the general secretary of the CCP who promoted democratic and liberal reforms.

Protests in front of Chinese embassy 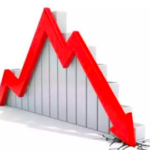