EA Sports F1 22 just released about a week ago after a brief early access period, and as of Thursday, the game has already received its first post-launch update. This update released this week contained a set of patch notes detailing a number of general changes made to F1 2022, as well as a couple of bug fixes and some improvements to online and VR play. The update in question should now be available on all platforms for players to download.

The patch notes for the update aren’t too extensive compared to other game releases, especially considering it’s the first the game has received since launch, but it does have a few notable fixes and changes to look out for. You can find all of the following: 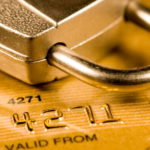