There is a “real risk” of monkeypox becoming established in Europe, the World Health Organization warned on Wednesday, urging governments to take action to curb transmission and engage at-risk groups, while warns against stigmatizing tropes that could undermine audiences. health response.

KEY FACTS
Europe is at the epicenter of a “growing” monkeypox outbreak, with 25 countries reporting more than 1,500 cases, 85% of the global total, WHO European director Dr Hans Kluge said in a Press conference.

The scale of the outbreak means there is a “real risk” of the disease establishing itself in Europe and other countries where monkeypox does not normally circulate, Kluge said.

Kluge urged governments to boost surveillance, engage with at-risk communities and collaborate internationally to curb transmission, warning that the longer the virus was allowed to spread, the stronger its foundation would be.

However, mass vaccination is neither recommended nor necessary, Kluge said, adding that monkeypox is not a reason to cancel big events like music festivals and Gay Pride this summer, which are “powerful opportunities” to raise awareness. .

While most cases in Europe have been among men who have sex with men, Kluge stressed that the virus is not “associated with any specific group” and urged not to undermine the public health response by stigmatizing certain communities.

At the same briefing, Steve Taylor, director of the European Association of Pride Organisers, praised the WHO’s efforts to base responses on evidence rather than stigma and said that the some 750 planned Pride events across Europe this summer marks a good opportunity to help give people the information they need to protect themselves and their communities.

KEY BACKGROUND
Monkeypox is a well-known virus that normally circulates in parts of West and Central Africa. Its discovery in Europe and North America, apparently the non-travel-related source of local transmission, alarmed scientists and public health officials in May.

The illness is usually mild and resolves within weeks, with key symptoms including fever and a characteristic rash, although it can be fatal. More than 1,600 cases have been confirmed in recently affected countries and another 1,500 cases are suspected, the WHO said.

The spread of the disease among men who have sex with men in Europe and local spread in parts of Africa have led to a wave of racist and homophobic reporting and the WHO is now pushing for the virus and disease to be renamed to “ minimize the negative impact. .”

Does your nose grow with age? 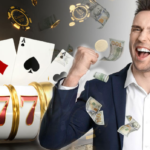 Casino secrets that will make you a millionaire overnight